He Chose Poorly, You Have Chosen Wisely 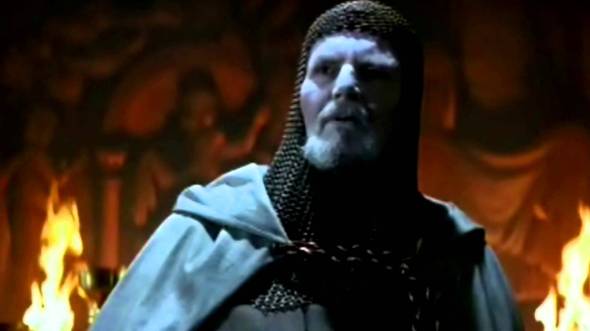 In April the rhetoric surrounding college admission inevitably comes to embrace the notion of choice as many students weigh their options prior to the National Candidates Reply Date on May 1. To be sure, the month of April is a portentous period for college-bound students and their parents as families begin to transition and necessarily start to contemplate a change in their configuration. Emotions run high as excitement and hope twine with a nervous energy that, in part, stems from a fear of missing out (FOMO, if you must). Here it would seem that much of the work of counselors lies in our ability to help students and families retain perspective through this process, validating their concerns even as we try to reframe them. On a practical level, individuals are often concerned with selecting the “right” college to attend and yet I cannot help but think about the invocation of “choice,” its assumed power, and its relationship to young people.

Back in 2012 I taught an undergraduate class on marketing ethics for USC’s Marshall School of Business and I began to cause a minor fuss over a recent Old Navy commercial that I had seen. Ostensibly aimed at a demographic that was of my age or older, I began a rant over how a company had come to appropriate the notion of choice in order to sell jeans that were functional but not necessarily noteworthy (which, I mean, is the whole purpose of commercial advertising). Although my students were generally too young to understand the original reference, I began to explain to them that I was upset because this move represented a blatant effort to wrest agency away from persons, presenting them with the illusion of choice while absconding with its power.

Taking a different approach, I had the students read the Beverly Hills, 90210 “I choose me” scene against the love triangle presented by Twilight—and the relative impossibility of readers aligning with Team Bella—to think about how the presentation of choice has changed in recent years. Young Adult (YA) fiction, in particular, has become an interesting place to explore the concepts of choice due to its relatively recent mainstream popularity and the rise in dystopian settings, which are often concerned with people making difficult choices and their ability to do so. Although some of my thoughts regarding the theme of choice in YA are reflected in a piece for Slate that reads Harry Potter against Divergent with respect to clans/identity/choice, what is more directly salient is not just the relative importance of choice but the implications of being asked to declare a binding allegiance as a young person. While useful as entry points, I also encouraged students to push back against the presentation of choice in Harry Potter and Divergent as both tended to focus on the connection between innate qualities and group identity, legitimizing individualism and genetics over context, environment, and existing social structures.

In spite of my occasional quibbles with them, I still think that there is a way to use YA texts like Divergent and Harry Potter (or, if you like, Enclave and Quarantine) to think about what it means for young people to make a decision that is, for them at least, often perceived as life-changing and somewhat irreversible. At its core, what does it actually mean to make a choice—in this case perhaps the choice of which institution to attend—in the college admission process? Is there merit to reframing the discussion in order to deemphasize the name of a school in favor of highlighting what the experience itself might bring? How can we change the college-going culture so that young people (and their parents) feel better equipped to make choices when they are presented? How do we get students and parents to complicate the notion of choice in order to consider that while an individual decision might be their own, the range of choices that they have are often influenced by external factors—for example, while an institution’s ranking might not be important in which school a student ultimately attends, a larger view also considers how the logic of ranking infiltrates education and makes particular avenues more salient for particular students in the first place—while remaining cognizant of the information overload that already exists? In what ways must we be self-reflexive as we guide students and parents toward making particular choices? Put another way, how do we, like Old Navy, encourage students to make particular kinds of choices in favor of others and what are the potential implications of our actions?

For me, the answer begins with a critical examination of choice:  I want to support the ability of students and families to make informed choices but the question always remains, “A choice to do what?”

I want students to choose wisely.

On Obsession with Choice

A couple of weeks ago I found myself leading an exercise on marketing ethics for an introductory marketing class in the Marshall School of Business. Structured more as a provocation than a lecture, we covered basic concepts of persuasion and manipulation before proceeding to engage in a discussion about whether particular marketing practices were considered ethical (and how such a determination was ultimately made). During the course of our discussion many of these students expressed an opinion that it was, generally speaking, the responsibility of the consumer to know that he or she was 1) being marketed to and 2) potentially being tricked. I recorded this sentiment on a whiteboard in the room but didn’t comment much on it at the time. However, toward the end of the session I presented the class with a thought experiment that was designed to force the students to struggle with the concepts that they had just encountered and to push their thinking a bit about ethics.

Case (A):  Smith, a saleswoman, invites clients to her office and secretly dissolves a pill in their drinks.  The pill subconsciously inclines clients to purchase 30% more product than they would have had they not taken it but otherwise has no effect.

Case (B):  Smith, a saleswoman, hires a marketing firm to design her office.  The combination of colors, scents, etc., inclines clients to purchase 30% more product than they would in the old office but otherwise has no effect.

Question:  Are these two scenarios equally ethical and, if not, which one is more ethical?

After running this session multiple times a clear pattern began to emerge in students’ responses: the initial reaction was typically that Case B was more ethical than Case A and, when pushed, students typically reported that their decision resulted from the notion that individuals in Case B had a measure of choice (i.e., they could leave the room) while individuals in Case A did not.[1]

Although I didn’t think about it as such at the time, the notion of choice situates itself nicely alongside the empowerment of the self that Sarah Banet-Weiser writes about in Authentic. The takeaway that I had from working with students in this exercise was a profound realization about how choice was construed for them and how, generally, marketing was considered unethical only when it impinged upon an individual’s ability to make a choice.

Linking this back to the earlier statement that the burden of responsibility largely rested upon the consumer, I tried to incorporate examples from popular culture to suggest to the students that, for me, the most insidious effects of marketing are exemplified by its ability to limit or remove choices that you didn’t even know you had.

Because I am old, I invoked a scene from The Matrix Reloaded but drove the point home with a discussion of The Cabin in the Woods, a movie that, among other things, prominently evidenced philosophical questions of agency and free will.

Without spoiling anything, there is an interesting line in the movie where a character essentially argues that the free will of potential victims is preserved because outside forces can lead individuals to an open door but cannot ultimately force them to walk through it. Reflecting the idea that an individual is ultimately responsible for his or her fate, The Cabin in the Woods was particularly helpful for urging students to consider that they tended to focus on choice as an individual transaction instead of taking a step back to look at how behavior was permitted/controlled within a larger system of actions.

After the exercise concluded I found myself talking to the professor of the course about how I was slightly nervous for the future of business if these students held onto their mentality that consumers always acted rationally and were largely responsible for their own fates (to the exclusion of marketers taking responsibility for their campaigns). Now, as I muse on the prominence of the individual and the self in this cohort, I am reminded of an essay written by Kathryn Schulz about the prominence of self-help culture in America and the development of the concept of the self. As I reread the Schulz piece, I found myself revisiting Authentic’s chapters on consumer citizens and religion as I thought through the examples in terms of self-help rhetoric.

[1] For the record, I initially considered both of these cases to be equivalent in nature and suggested to students that part of their abhorrence to Case A had to do with perceived influence crossing the body/skin boundary and becoming physically incorporated into the self. Invariably students raised the notion of the pill causing some sort of change in brain chemistry and the thought experiment is designed to suggest that marketing’s true power does not lie in the realm of the directly observable.