I Can Be Your Hero, Baby 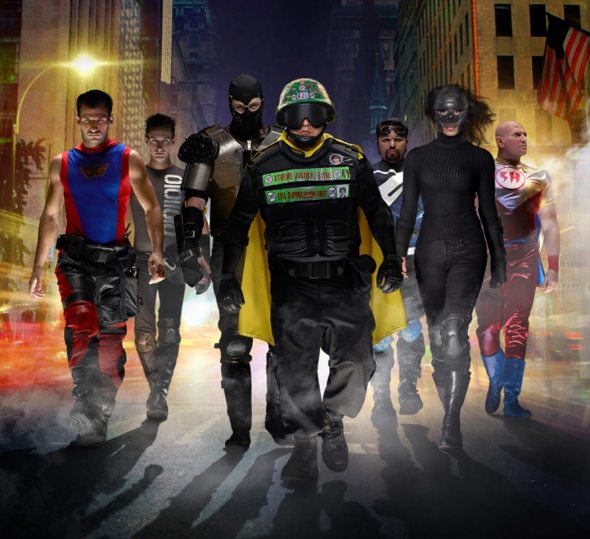 These words, known to most who have ever encountered a course on Ethics, set the tone for HBO’s documentary Superheroes, which profiles individuals involved in the Real Life Superhero movement. Although there is truth to Einstein’s words—for failing to stop injustice can represent a form of evil—the question becomes one of perspective:  in a simplified system that includes three perceived parties (victim, perpetrator, and savior), the solution seems rather obvious for we know what we should do, regardless of whether we actually intercede. But what happens when we situate the same concept in the context of a community or society? Vigilante justice leads to societal breakdown as we each enforce our own moral codes.

It is for this reason that I’m often suspect of these individuals who undoubtedly have good intentions. Although it is easy to judge and express disdain for grown adults who seem out of touch with society, the fringe often worry me. I’m not so much concerned that they do not look like I do or that they “dress up,” but rather worry because they do not play by my rules. And, ultimately, isn’t it just a short hop from there to a defining characteristic of a villain? Regardless of if the individual in question is a nuisance, helpful, or a menace, the fact that he or she has checked out of the system that you live in raises should raise some red flags.

The invocation of Kitty Genovese is also perhaps unsettling because it misses the forest for the trees. Again, on an individual level, the story is perhaps one that inspires you to action, but donning your gear does nothing to address the larger issue of apathy, the bystander effect, or the diffusion of responsibility (whatever you choose to call it).

And although it has not yet come to this, what if super villain groups formed in opposition to these real life superheroes? Not just gangs or the mafia, but groups of individuals who preferentially targeted those who would do good? The streets would devolve into a sort of war zone with casual citizens and public property caught in the crossfire. I suspect that these superheroes only survive because nobody is actively trying to hunt them.

This of course raises the notion of who should be a superhero.

I certainly get some of the impulse to become a superhero, transforming yourself into a powerful figure as you draw out the traits in yourself that you most admire. In many ways, I am all for that. And I also recognize the power and prestige that comes from donning a mask or a cape or a costume—these accouterments are symbols of your office and confer power, status, and meaning.

My constant struggle, however, is to walk the fine line between seeing the everyday as worthy of superhero status while fighting the impulse to disconnect from the system. In the best possible world, everyone is a superhero and everyone works together (using the particular talents that we each have) to contribute to a whole. In some ways, perhaps, similar to Communism (and we know how that went), but never with the expectation that you are going to necessarily get something for your efforts. You work because you believe in the system and because you place hope in your community.

And is this also just another symptom of a society that has become desensitized to extreme and spectacle? That we believe that, in order to be empowered, we have to become superheroes? Has the groundwork been laid by Stan Lee’s shows, which have “trained” real life superheroes? Where do we draw the line between a good citizen (one who is, perhaps, civically engaged!) and having to create a superhero persona? Ultimately, why can’t we integrate the actions that we would undertake as a superhero into our everyday sense of self?

The old questions that were first raised with virtual selves and MMORPGs continue to haunt me:  are these people who are compensating for a feeling of powerlessness elsewhere in their lives? In some ways, their actions seem to be a direct response to the inefficiency of law enforcement but I suspect that it runs deeper than that. If you still believed in the system, wouldn’t you fight for reform instead of doing it on your own? Is there something just viscerally satisfying about putting yourself in potential danger that adds to the equation?

This raises interesting notions about what/who is a superhero. It sort of saddens me that we have gotten to the stage where we can’t see ourselves–our everyday selves–as superheroes in some fashion and attempt to grasp the feeling by (temporarily) transforming into something/someone else. Sure, symbols have power, but I can’t help but think that, if we tried, we could, too.