This week our students tried to wrap their heads around the notion of identity, which I must admit is a rather tricky subject. As Nicole mentioned, identity is difficult to compartmentalize in discrete moments, but, on a broader scale, we can definitely compare periods in our lives in order to demonstrate a change in identity. How do we draw lines between discrete parts of our identity? Do we even need to? Part of the challenge, I think, lies in our inability to take a step back and see ourselves as subjects of inquiry; to us, everything forms a continuous stream (how could it not?) wherein one experience feeds off of, and folds into, the next. Despite the difficulties that come from any attempt to unpack identity, the struggle is important for I believe that our identities are not things that are waiting to be discovered but are in fact formed by the very actions that we take to find it.

To make things even more complicated, identity can present on multiple levels! Throughout the course of our session, students flushed out concepts of personal and common identity, but did not tend to see how these two forms of identification are interrelated; even as our students talked about their sense of personal ethnic identity and pan-Asian identity, they did not articulate ways in which community is built off of one’s individual sense of self or how the sense of common identity can also work to inform one’s individual identity. Instead, our session seemed to gravitate toward notions of authenticity, performance, and identity, an area that is also important for students to explore. Interestingly, however, there did not seem to be much discussion about ethnic identity as a form of performance (i.e., students did not talk about the pressures of having to “act” as particular ethnicity in order to conform or distinguish themselves from others).

To address some of these lines of inquiry—and to try to tie everything back to the articles—I challenged the students to think about  how the “I” cannot exist without the “other” (what Charles Cooley called the “Looking Glass Self”). In short, Cooley builds upon Georg Hegel’s notion of the “Other” when he argued that one’s conception of “I” takes into account what one imagines the “Other” thinks of the “I” (which, of course, brings up an interesting conversation regarding individuals with developmental disorders that prohibit the reading/understanding of affect). Although admittedly much more complex, the take home message from Cooley and Hegel is that one knows oneself only in relation to others (how similar or different one is to others)—if we accept this position as true, how does this inform our readings of the articles for Week 2? Immediately, we see resonance with the notion of “in group” vs. “out group” as an outgrowth of this process.

And furthermore, once we have established a process by which individuals consolidate into groups, the question is, of course, how these groups relate to one another. This week briefly introduced the notion of racism at the institutional/structural level and we will continue to develop the implications of these power struggles as we turn toward discussion of social issues next week.

Why the “Cult” of Mormonism Misses the Mark

The question of Mormonism’s role in this election cycle refuses to die.

Over the weekend, much ado was made regarding Reverend Robert Jeffress’ assertion that Mormonism was a cult, with editorials and articles appearing across media outlets. Although I recognize that the dispute supposedly at the heart of this matter is whether or not Mormonism is, in fact, a form of Christianity, I also suspect that this entire discussion is being overplayed because of its proximity to the Republican nomination process. I, for one, have not seen many (if any) crusades to dissuade Mormons from calling themselves Christians in other contexts. For that matter, this is not the first time that America has broached the subject, but we seem to have forgotten that Mitt Romney had to defend his religion the last time we went through all of this four years ago. We could go back and forth over the distinction between religion and cult—see other discussions regarding the nature of Scientology or the perception of early Christianity in a Jewish society—but I believe that this would be time spent unwisely.

Instead, the more problematic line from Jeffress at the Value Voters Summit was, “Do we want a candidate who is a good moral person, or do we want a candidate who is a born-again follower of Jesus Christ?” Putting aside the false dichotomy between a “good moral person” and a “born-again follower of Jesus Christ”—which incidentally suggests that a candidate who identifies as born-again Christian is not a good moral person—the underlying message subtly implies supporting Christians over good moral people. Of course the two categories are not mutually exclusive, but I think that reporters missed a great opportunity to disentangle emotionally-charged words from thoughtful political action. Even when the topic was mentioned, discussion quickly moved onto another distraction:  the Constitutional injunction against religious testing prior to assuming public office. Instead of publishing headlines like “Cantor Doesn’t Believe Religion Should be Factor in 2012,” which, besides being misleading and not truly reflective of the article’s body, news media have an obligation to explain to voters why religion does matter in the political process. Values do matter and religion undoubtedly speaks to a portion of that—just not all of it. We know from reports like those of the Pew Research Center for the People and the Press that religion does impact voting, so why pretend otherwise? The opportunity that the press has, however, is to challenge pundits, politicians, and the public not to use “religion” to mean more than it should.

Moreover, another missed opportunity for the media was Jeffress’ assertion that Romeny was a “fine family person” but still not a Christian, given that he was speaking to a crowd ostensibly gathered in support of family values. Shouldn’t this statement, particularly at this function, cause reporters to question exactly what types of values are being upheld? Doesn’t Jeffress’ statement call for an examination of exactly what is meant by terms like “Christian” and “Mormon”? Ultimately it is these values that will determine the potential President’s policy, not the moniker of a religion. 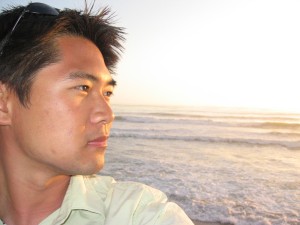 Chris Tokuhama is a doctoral student at the USC Annenberg School for Communication and Journalism where he studies the relationship of personal identity to the body. Employing lenses that range from Posthumanism (with forays into Early Modern Science and Gothic Horror), the intersection of technological and community in Transhumanism, and the transcendent potential of the body contained in religion, Chris examines how changing bodies portrayed in media reflect or demand a renegotiation in the sense of self, acting as visual shorthand for shared anxieties.

Read up on Chris’ pop culture musings or follow him on Twitter as he tries to avoid the Flavor Aid.