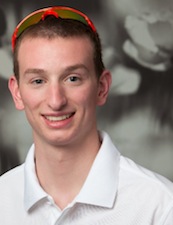 In a recent TEDx Boston talk, Seth Priebatsch spoke briefly about the ways in which game mechanics are currently being employed in a variety of areas, offering incentive/loyalty programs as a relatively palatable example. Arguing that a developing “game layer” existed (separate from the “social layer”), Priebatsch sought to convince his audience that understanding game mechanics was key, for these were the rules that governed influence and behavior. Getting away from possible connotations with games as childlike or superfluous, we might also consider how real world game mechanics are really no different than the structure provided by religion—both constitute frameworks that order our choices based on our expectations for future outcomes.

As someone who works in Higher Education, I immediately began to consider the ways in which games and education have been paired in the past. Although we certainly have had some success using games to teach children skills through scaffolding, the merging of the areas has often resulted in concepts like Edutainment or serious gaming, which seem to represent an attempt to harness gaming into something pro-social or productive. Reversing the direction of influence, Jesse Schell spoke at DICE 2010 about how the logic of games can be applied to educational settings, transforming the way that we think about grades to resemble the process of leveling up.

Although this approach made much sense to me, as it spoke in a language students seemed primed to understand, I also began to wonder about the quantification of achievement. Are we turning into society largely motivated by trophies or unlockables? Is this really different from previous cultures or have we simply found a new way to express our desire to gain a sense of identity through external labels that we manufacture and then bestow upon ourselves? Does our sense of self become dependent on “real life achievements”? We buy into a system that designates some accolades as worthy of a title or a badge, but who gets to make these decisions?

This entry was posted on January 18, 2011 by trojantopher. It was filed under Education, Gaming and was tagged with DICE, Education, Edutainment, Game Layer, Jesse Schell, Seth Priebatsch, TEDx.