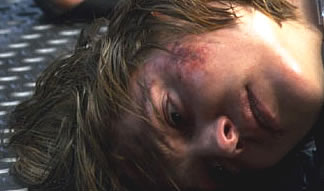 So far gone, there was no way out; she exploded in a burst of light, once again becoming beautiful.

As difficult as it is to watch someone die, it is, for me, always more painful to witness the depiction of suffering; growing out of an undergraduate career steeped in a study of Biological Science, I regularly ate while watching surgeries (don’t judge me) but never really learned to stomach pain. Now, as a graduate student, Horror has taught me to distance myself in order to study what I see on screen, at times necessitating a psychological barrier to keep from experiencing shock. Although I am certainly capable of comprehending the notion of anguish, recognizing the deleterious nature of chronic pain, it has taken an enormous amount of effort to actually empathize with the feeling. Looking at the picture of Gina above, I cannot help but but be overwhelmed with sadness–and this, I realize, is a good thing.

There has been much talk lately about the rash of suicides in America among gay teens–and suicide, for anyone who knows me, is a subject that strikes me at the core. Every life we lose is not just a travesty, but a failure that reflects back on us:  we, as a community, have failed our young people in some way for we have not helped them to develop coping skills and have not successfully addressed some of the core issues at play. We are, in some small way, all culpable for these deaths and although we are racing to change things, every life lost is one too many.

As I sat at my desk, I waded through Twitter feeds, RSS dumps, and e-mails from friends that mentioned, in various ways, suicides and their connection with Higher Education. I mulled over last week’s mention of suicide bombers in Caprica, and began to contemplate the connection between violence, religion, and media. 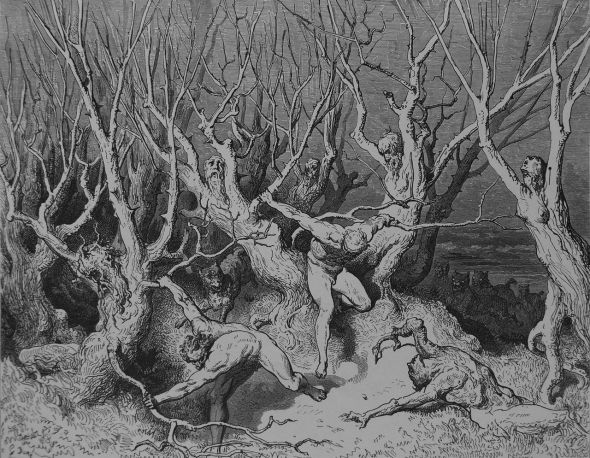 Although perhaps not surprising in a series that routinely deals with issues of technology, politics, and religion, we can understand Caprica to be a show that continues in the storied media tradition of aligining religion and violence (Stone, 1999). An important consideration in the history of these media is that religion was not juxtaposed with violence, providing a viable alternative, but instead conscripted in the service of religion; the melodramas present in television and film created a readily identifiable white hat and positioned religion as justification for a fight against some great evil, legitimizing the use of force in the process. Often, we see connections between overt displays of religion and violence (how many acts of violence have taken place in a church and who hasn’theard of The Passion of the Christ?), which makes some sense given that television and film are visual media–part of the story is the setting. While these connections are certainly valid, our class endeavors to incorporate other expressions of religion into our media studies and it is these, more subtle expressions, that I’d like to focus on.

In Caprica, we see individuals who are only too happy to pull a gun (or set a bomb) in service of their God (or, on the other end of the spectrum, attempt to wash their hands entirely). Although we can certainly read this in the context of traditional religion, I instead suggest that we look at the actions of “Retribution” in the context of a theme that I brought up last week:  what is the role of religion (and God) in the material as opposed to the spiritual? “Retribution” features a host of adults, clamoring about like so many crabs in a bucket, consumed with retribution that is anchored in the physical world. Is it our place to mete out retribution on God’s behalf? Additionally, what is the role of violence in religion and how is this depicted on screen? Is this particular use of violence anAmerican phenomenon and has its use changed as we have begun to adhere more closely to the myth of American exceptionalism in a post-9/11 world? Is violence becoming more normalized and is its incorporation into religion a product of this movement? Or, has religion, as Rene Girard suggests, always been steeped in violence (1977)? 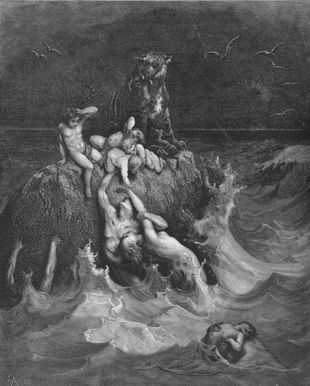 The constant rains in “Retribution,” along with the episode’s title itself, call forth echoes of Noah’s Ark (and deluge myths in general), a story that was, among other things, focused on divine retribution. God, it seems, can be vengeful, smiting the wicked and cleansing the earth; the myth itself speaks also, however, to notions of rebirth and regeneration in the aftermath. How, then, does violence purify us in the same way as ritual? We speak of heroes who have been forged in fire (and who also have messiah complexes and represent Christ figures), and many of our modern super heroes embody transformation through violence. Likewise, we see the birth of the Sixes and the Fours (in spirit, if not in body) through Daniel and Clarice; the Cylons learned all that they know from us.

Throughout “Retribution,” we see characters seeking (and obtaining) vengeance, but certainly not justice; we  can rationalize violence all we want, but we have lost sight of the fact that the majority of our story lies in the journey, not the destination. We are looking for simple answers to complex questions and create artificial binaries (e.g., you are a believer or a non-believer, you are with us or against us, etc.) that only serve to further divide us from one another. We have begun to confuse earthly justice with that of the divine. We have failed to recognize and honor autonomy, seeing others as means to an end and not ends in and of themselves. We claim to be working for God, but are most decidedly not doing God’s work.

Error: Twitter did not respond. Please wait a few minutes and refresh this page.